Plan stumbles on costs and indemnity clause and terms 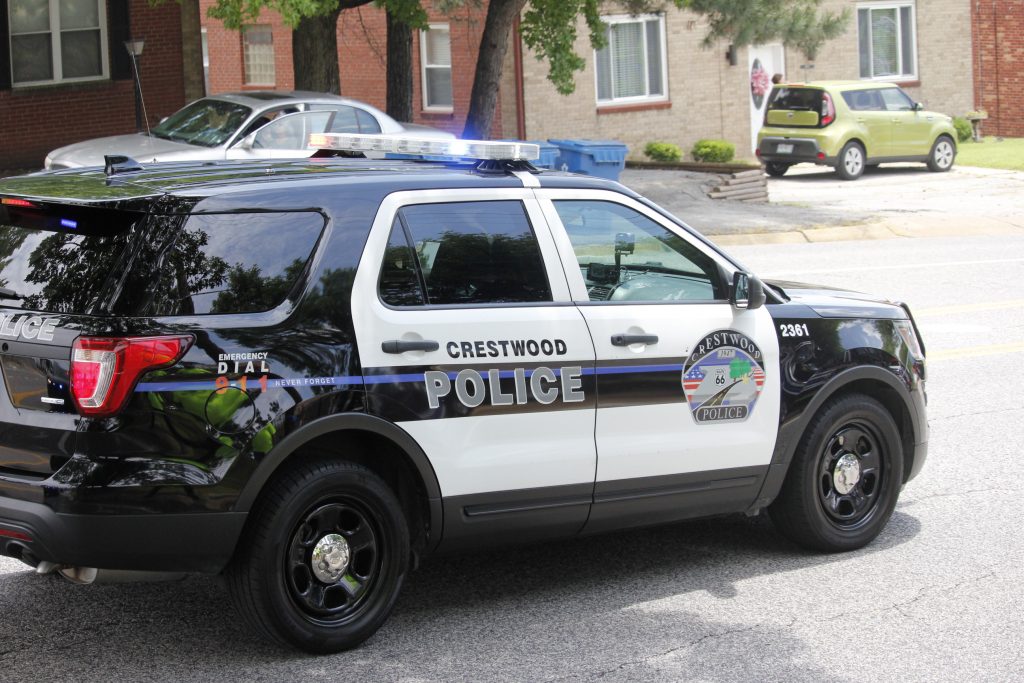 Crestwood and Sunset Hills may be sister cities, but the cities’ aldermen had opposite reactions to a proposal for Sunset Hills to provide 911 dispatching for Crestwood.

The Crestwood Board of Aldermen gave the police dispatching agreement unanimous preliminary approval with no comment in the consent agenda April 27, while the Sunset Hills Board of Aldermen had concerns with the proposal that stopped it on final passage.

Sunset Hills could also house prisoners for Crestwood on an emergency basis, with the approval of the watch commanders from both departments.

Crestwood’s new chief, who started in January, outlined the need for a change: Crestwood has five dispatchers that

cover four 12-hour shifts handling all emergency and non-emergency calls, in addition to other duties at the station. While the dispatchers “are excellent and can handle all of these duties,” Williams’ memo stated that since staffing is at a minimum, the problem starts when dispatchers are scheduled off with no one to cover.

The city could solve that by nearly doubling its dispatchers, but the more cost-effective solution is to contract with another agency for dispatching as some other cities do. Outsourcing eliminates four positions and creates one new role, which would be filled with an existing dispatcher. The memo recommends severance packages and assisting the remaining four employees with finding new employment.

Across town at the exact same time as the Crestwood meeting, the dispatching contract failed to make it past a first reading in Sunset Hills — with one alderman calling the contract a “sweetheart deal” for Crestwood.

After a first reading, on which there is no vote in Sunset Hills, a motion to suspend the rules for a second reading failed to receive the unanimous approval required. Ward 1 Alderman Ann McMunn, Ward 2 Alderman Casey Wong and Ward 3 Alderman Cathy Friedmann voted alongside newlyn sworn-in Aldermen Christine Lieber of Ward 2, Randy Epperson of Ward 3 and Fred Daues of Ward 4 against suspending the rules, while Ward 1 Alderman Joe Stewart and Ward 4 Alderman Thompson Price voted in favor.

Epperson, who has served on the Police Advisory Board, supports the agreement but said he was concerned with the 180-day opt-out for Crestwood and the contract not including a “force majeure” clause that would release Sunset Hills from obligations due to an “act of God,” along with not clearly labeling an “evergreen clause.”

An evergreen clause keeps the contract going month to month even after opt-out until new dispatching is found.

“Backup plans can fail too. Force majeure protects the city against any act of God,” said Epperson. As for the 180-day opt-out, “I think it’s too long for the city …  to obligate if this thing does go south.”

City Administrator Brittany Gillett said that Crestwood requested that time to find new dispatchers or outsource to a city.

“Nothing is written in stone until it’s signed,” replied Epperson.

City Attorney Robert E. Jones explained that the groundwork for the contract came from the more extensive 911 agreement between larger cities Manchester and Ballwin, where he is also the city attorney: “I think it’s reasonable to have a 180-days termination clause, and I don’t think force majeure has a place in this.”

Wong, also an attorney, questioned why indemnity went from Crestwood to Sunset Hills but not the other way around. Jones said it was because Sunset Hills is providing the service, and the language was drafted by Sunset Hills’ insurance broker: “Crestwood is entrusting us to accept their calls and dispatching their officers, so we would be the ones indemnifying Crestwood to the extent we can.” An initial pact with repricocal indemnity “was rejected by Crestwood.”

The Ballwin-Manchester contract also does not have reciprocal clauses.

“We don’t have to reinvent the wheel. … People are doing this, different companies, departments are coming together, so it seems to me we should look at what the rest of them are doing,” said Price.

Mayor Pat Fribis asked Jones if he felt that the contract sufficiently protected Sunset Hills from any additional liability, and Jones said that he felt it did, as agreed by the cities’ attorneys, police chiefs, city administrators and Sunset Hills’ insurance broker. Dodge said he told Williams up front that he did not want extra liability.

The discussion turned to what additional expenses Sunset Hills might incur to ensure the dispatching system could handle two municipalities. Crestwood initially offered $100,000 for the first year, but Dodge said he countered with $135,000 after researching similar agreements. That is what Glendale pays Kirkwood.

The two departments will also be applying for a grant this month that could be used to upgrade Sunset Hills’ computer-aided dispatch, or CAD, system to ensure that the cities run on the same system. Crestwood would pay for the upgrades if Sunset Hills does not receive the grant.

But Wong felt that there was not enough information to make a final decision.

“I”m looking at this one-page paper … knowing that our people actually did the homework but it’s not presented. … Why not $200,000? … Would Crestwood take the steal?” said Wong. “This is my job as an elected official to demand answers. … I think this is great, I want to support it.”

Since aldermen could not amend the contract, the board directed Gillett to return to Crestwood to discuss the issues raised.