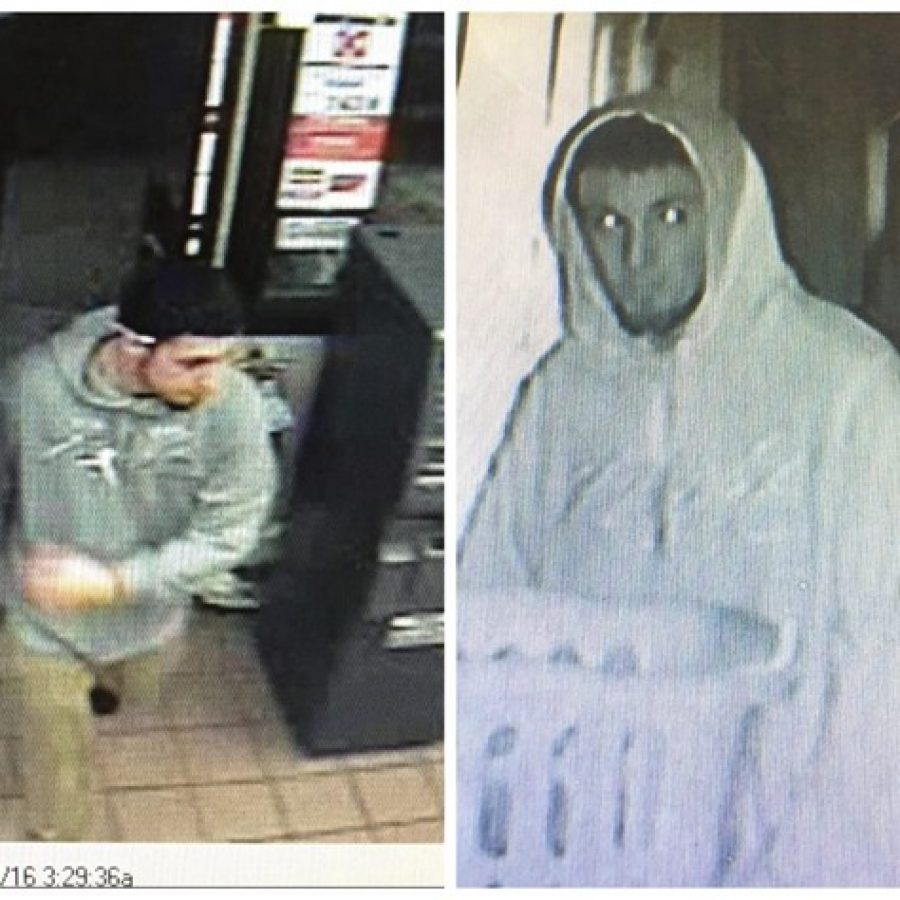 The surveillance footage of an alleged burglary suspect released by the Affton Southwest Precinct Thursday.

The St. Louis County Police Department’s Affton Southwest Precinct is asking for the public’s help in identifying a suspect wanted for a burglary in Affton.

During the burglary, the alleged suspect was caught on surveillance footage, which the precinct released still photos of on its Facebook page Thursday.

The same person is also wanted in connection with an investigation into a burglary by the Lakeshire Police Department, the precinct posted on its Facebook page.

According to the timestamp on the photos, the Affton burglary happened at 3:29 a.m. April 20.

If anyone has any information about the person in the pictures, they are asked to contact Detective Spicer at (314) 638-8636.