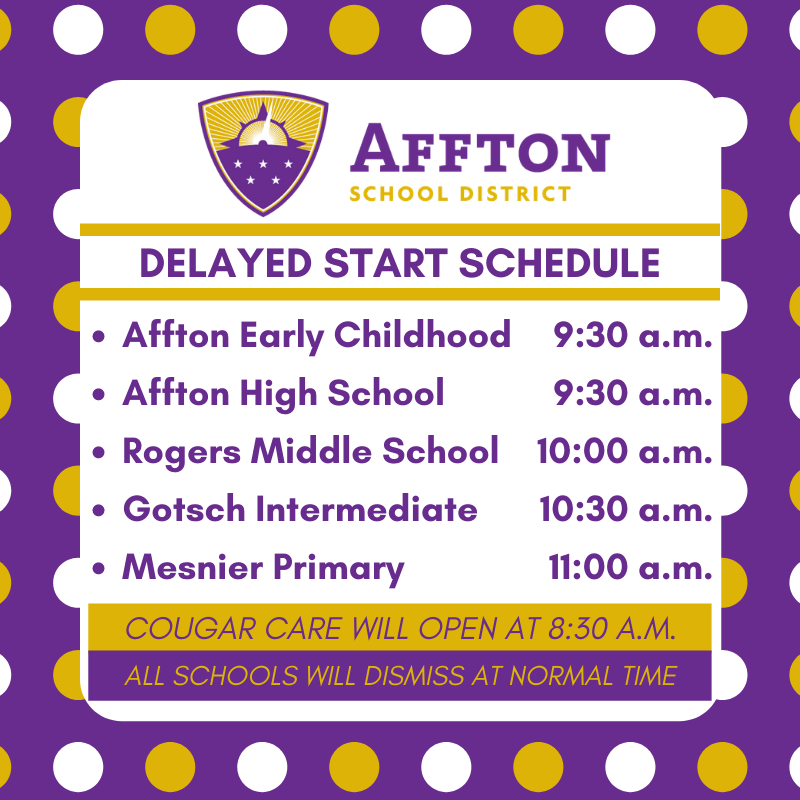 Starting this month, the Affton School District is developing a new way to deal with bad weather and snow days with a new delayed start.

The new snow schedule is a way for the district to still hold school in cases where there might be snow or ice in the morning that is going to clear up later in the day.

Those decisions usually are not made until 5 a.m. the day of the possible closing, although exceptions are made when it is known in advance that roads will be particularly bad.

The delayed start is being added to Affton’s options for responding to snow so that students do not miss an entire day of school. All schools will still dismiss at the normal time.

On a delayed start schedule, the district gave this new time line for school events:

Students may be dropped off at school 20 minutes prior to the listed start time.