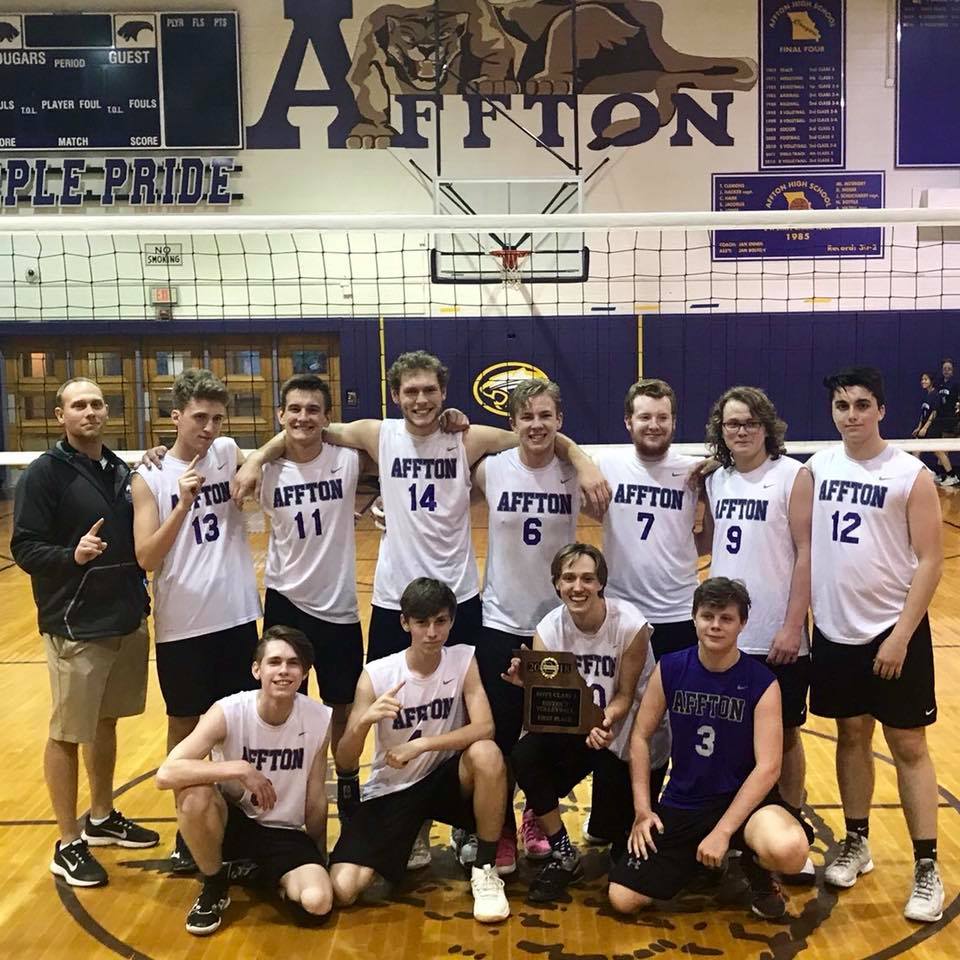 The Affton High School boys volleyball team made it to the Final Four of the state championships last month, falling to St. Mary’s after winning the sectional and district championships.

St. Mary’s topped the Affton Cougars 0-2 in the state quarterfinals May 22. A few days earlier, Affton defeated Lutheran South with a score of 2-0 in the state sectionals at Francis Howell North.

The Cougars won the district championship May 15.

Their win moved them on to play Notre Dame, who had defeated Parkway West 2-0, in the district finals at 6:30 p.m.

The Cougars defeated Notre Dame 2-0 and moved on to sectionals later that week.