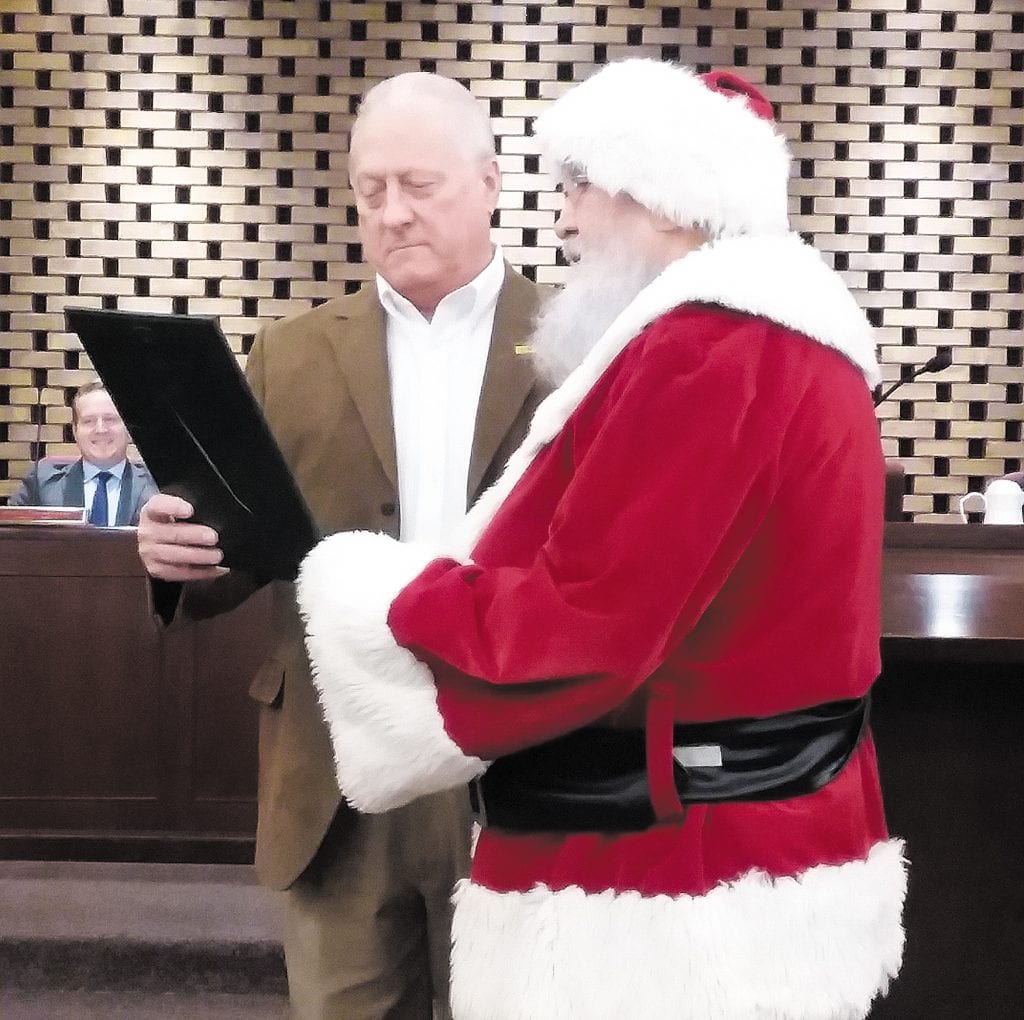 Crestwood Mayor Gregg Roby and the Board of Aldermen last week proclaimed that Dec. 2 will be ‘Santa Ted’ Day in honor of Ted Ricks, who has been Santa Ted for 18 years. Ricks served as Santa at the former Crestwood Plaza for 13 years. Since the closing of the mall, he has teamed up with Christmas in Crestwood, which kicks off this year on his special day on Dec. 2. The proclamation stated that Ricks ‘is a leader, role model and a legacy in the city of Crestwood.’ Roby, left, presents the proclamation to Ricks.