After county lawyers refused to settle $20 million discrimination case, outside attorneys take over 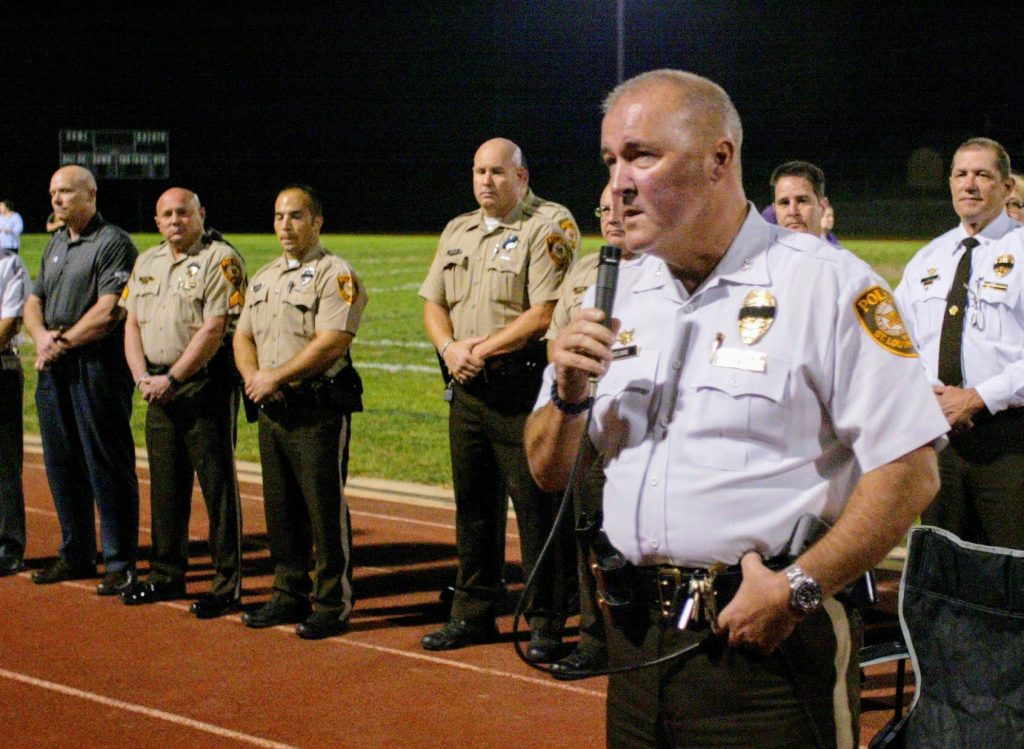 After three years of St. Louis County lawyers arguing against a sergeant who said he was told to “tone down his gayness” or never be promoted in the St. Louis County Police Department, the county is hiring outside attorneys to appeal a $20 million discrimination verdict a jury awarded Oct. 25.

By handing down a verdict so large it made national headlines to St. Louis County Police Department Sgt. Keith Wildhaber of Oakville, the jury agreed with his allegations that he was passed over for promotion 23 times because he was gay and that the department retaliated against him after he filed his discrimination claim.

His lawyers say it is the first case of its kind in Missouri and led to the largest verdict ever awarded under the Missouri Human Rights Act, a civil-rights law that protects Missourians from discrimination due to race, sex, religion or disability.

Wildhaber sued in early 2017, represented by Russell Riggan and Sam Moore of the Riggan Law Firm in Kirkwood.

The verdict came despite the county’s best efforts to denigrate Wildhaber as unworthy of a promotion, his lawyers alleged. The U.S. Army veteran was promoted to sergeant by former Chief Tim Fitch and has worked since 1994 as a detective, patrol officer and other roles.

The department once hailed Wildhaber as a hero for pulling a member of the public from a car about to be engulfed in flames, a rescue the department bragged about in its 2000 annual report.

But by 2014, when Wildhaber hoped to be promoted to lieutenant by Chief Jon Belmar, his lawsuit alleges that top brass were refusing to promote him because he’s gay — despite glowing performance reviews from his superiors and a “clean disciplinary history.” And when Wildhaber filed a complaint, he was transferred from working days in the Affton Southwest Precinct close to his home in Oakville to working nights in the Jennings Precinct.

Wildhaber’s lawsuit outlined the initial discrimination and the later transfer as two violations of the MHRA. Although Missouri law doesn’t prohibit discriminating because someone is gay, it does bar discrimination based on gender, and that’s the clause Wildhaber used to sue the county, alleging “unlawful employment discrimination… because of his gender/sex.” The MHRA also bars retaliation against employees who file complaints.

During the first tests, Wildhaber alleges that Bartolino’s South owner John Saracino, who was then a member of the county Board of Police Commissioners that oversees the department, told him, “The command staff has a problem with your sexuality. If you ever want to see a white shirt (i.e., get a promotion), you should tone down your gayness.”

County filings quote another comment that is not included in Wildhaber’s original suit, that Lt. Col. Terry Roberds allegedly told Wildhaber, “Your biggest career mistake was coming out of the closet.”

Wildhaber filed dual federal and state discrimination complaints April 1, 2016, and on May 13, 2016, the county issued a personnel order reassigning him to work nights in Jennings. He filed a second complaint June 8, 2016, alleging “unlawful retaliation.” On Jan. 10, 2017, the Missouri Commission on Human Rights issued Wildhaber a notice of right to sue on each charge.

The county argued that the retaliation aspect of the lawsuit should also be dismissed because although the transfer happened within weeks, court rulings state that the “mere coincidence of timing” is not enough proof without other evidence. The county also maintains that Wildhaber requested the transfer.

Riggan and Moore argued in a filing last week that due to their unequivocal win in court, they are entitled to attorney fees on top of the verdict amount, as called for by the anti-discrimination statute that Wildhaber sued under.

The sergeant’s legal team said that the county has fought them every step of the way since the lawsuit was filed, always denying any discrimination and refusing to provide documents. They argued that they should not only be granted legal fees on top of the judgment, but those should be doubled for the county’s stonewalling.

In a 2017 motion to dismiss written by then-Assistant County Counselor Carl Becker, the county said that the “only factual allegations” in the suit are the lack of promotion and Saracino’s words.

During a deposition, Saracino denied making the “gayness” comment. But before those words were splashed across headlines worldwide, they were used by both sides to make their case. The comment was “direct evidence of sex/gender discrimination,” according to the lawsuit. But the county italicized “gayness” to emphasize that Wildhaber’s base claim is that he was discriminated against because he is gay, not because he is a man.

“Both the words ‘sexuality’ and ‘gayness’ refer to sexual orientation,” Becker wrote. “Thus, Plaintiff’s claim rests on a class not recognized as protected in Missouri. Plaintiff has failed to state a claim upon which relief can be granted.”

But the jury disagreed, and Wildhaber celebrated his verdict last week with a party at Just John nightclub in The Grove with St. Louis Mayor Lyda Krewson.

County Executive Sam Page was noticeably absent from the festivities, but in the days after the verdict he blasted the county’s legal team for making the argument that even if the discrimination happened, it is not banned by state law — a line of argument that is true but morally reprehensible, Page said.

The county “withheld documents, violated the Court’s discovery order, and refused to provide witnesses pursuant to properly served deposition notices,” Riggan and Moore said. They took the case on contingency, which means they wouldn’t have gotten paid unless Wildhaber won.

The jury thought the evidence merited a $19.7 million verdict, but the county claimed to the end there was no evidence.

Wildhaber’s lawyers said that showed how obstinate the county was in the case. Despite their offers to settle the case, the county never accepted a settlement.