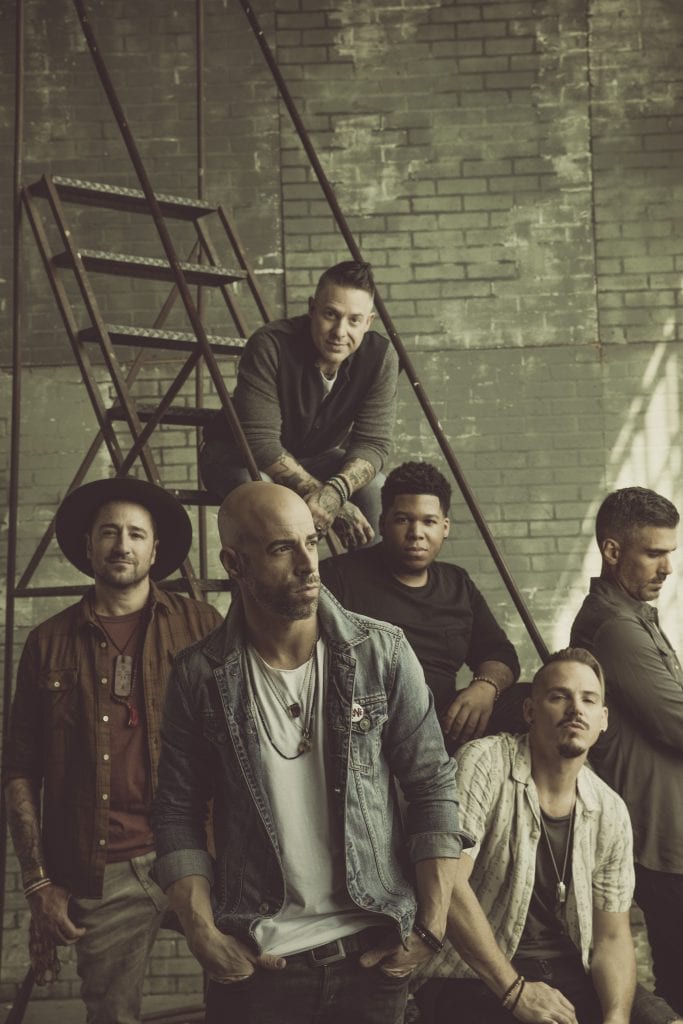 For a brief time last year, it looked like the main way fans would see Chris Daughtry this year would be as a judge on the newly revived “American Idol.” Reports from May 2017 were saying he was locked in for that role on the show.

Which was news to the frontman of the band that bears his name.

“I had no idea when everyone was hearing the news or the rumors of me being a judge. That was news to me as well,” Daughtry said in a recent phone interview. “And I never got a phone call about it. I had kind of wrapped my head around the idea that would be a really fun thing to do, so I was optimistic about the opportunity. But it never happened.”

Daughtry fans, though, didn’t really lose out when Katy Perry, Lionel Richie and Luke Bryan ended up being selected as judges for the reboot season. With no “America Idol” obligations, Daughtry was able to finish work on his group’s fifth album, “Cage To Rattle,” and lock down a touring schedule that has the group on the road for a healthy chunk of the year.

“Cage to Rattle” was released on July 27, in time to coincide with the latest series of tour dates, and shortly after the arrival of a new single, “Deep End.” On these latest dates, fans can expect to hear a few of the new songs in the shows and possibly a few other surprise selections.

“I was sitting in our office the other day and kind of going through our older records and looking at songs we haven’t touched in awhile and songs that I had completely forgotten how to play. I thought that maybe those would be some good ones to kind of bring back,” Daughtry said. “I don’t know, we kind of want to maybe not get too married to a set list on this tour and maybe try to change it up from time to time. Obviously, we’ll have a lot of it (set in stone) as the production kind of depends on an order and everything. So there’s going to be a good amount of structure, yet we want to have a section where we get to kind of throw in some audibles.”

With five studio albums, Daughtry, who has parlayed a fourth-place finish on season five of “American Idol” into a successful career leading the band Daughtry, has plenty of options for songs to play.

His chart-topping first two albums, a 2006 self-titled debut and a 2008 follow-up, “Leave This Town,” spawned multiple singles, with “It’s Not Over,” “Home,” “What I Want,” “No Surprise” and “Life After You” among the songs that went top 10 on various singles charts.

The third album, “Break the Spell,” didn’t fare quite as well commercially, but gave the band another top 10 hit with “Crawling Back to You.”

Those first three albums featured a grunge-ish but melodic guitar rock sound that drew comparisons to bands like Nickelback and Creed. But then Daughtry took a left turn with the 2013 album “Baptized.”

With that album, Daughtry shifted the group’s sound toward a more textured and acoustic-based folk-rock sound.

The shift, Daughtry said, was partly a response to the many fans that had said they enjoyed the portion of the group’s shows where they stripped back the instrumentation and played tunes acoustically.

It was also a move that at the time made sense for radio play, considering the major popularity of folk-ish acts like Mumford & Sons and The Lumineers and because of the way guitars were being replaced by synthesizers and computer-generated sounds in songs pop radio was playing.

Looking back, Daughtry thinks he may have reached some new, younger fans with “Baptized” and its popular single, “Waiting for Superman,” but it likely came at a cost.

“I think it may have turned off some of the fans that had been with us since the first record,” he said. “And we were kind of prepared for that, and hopefully they didn’t leave us for good.”

“There’s a lot more guitar on this record, for sure,” he said. “I think it’s still very different than anything that we’ve done before, but I think it’s a much more mature record than we’ve ever done as far as the songwriting is concerned, as far as the musicianship on the record.

“I think it certainly is more familiar, I think, to our fans, or I think it will be than ‘Baptized,’” Daughtry said. “But at the same time, I don’t think it mirrors anything we’ve done before – in a good way. I think it’s a very nice, natural evolution of the band.

“I think production in general has changed. The way that you approach a rock song, I think, especially for the radio, is vastly different than it was when our first three albums came out,” he said. “So yeah, that certainly plays a role in the sonics of the record. But so far, I’m very much in love with this record. It’s taken quite a bit of time for us to finish it, but at the same time, I think it had to happen that way in order to achieve what we set out to do, and that was stretch ourselves as musicians and as a band, and try not to regurgitate things that we’ve done before for the sake of familiarity.”