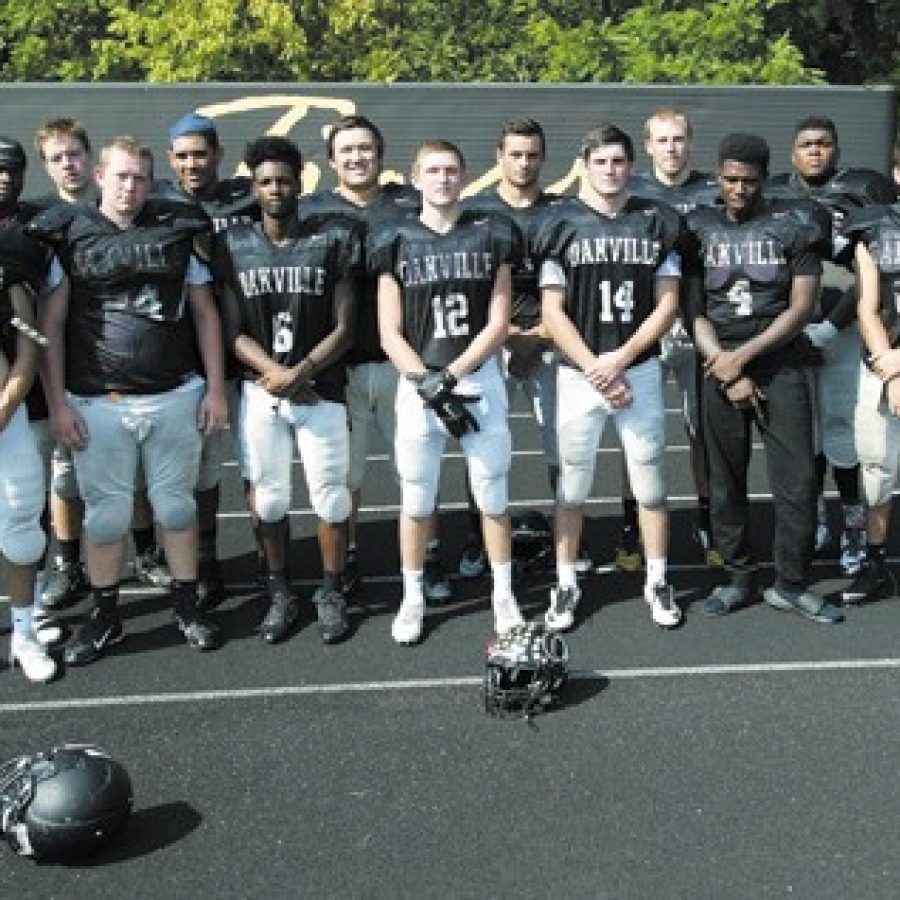 Experience, skill and motivation are a few key attributes that the Oakville High school varsity football team has in its arsenal as the Tigers get ready to open the 2016 season.

Tigers head coach Arlee Conners is optimistic about his team this year and told the Call that his squad has been working hard to prepare for the new season.

“I feel pretty good about our group,” he said. “I know we’ve got some offensive linemen that played a lot last year who are returning, and we feel like they are a lot better.

“We definitely have some skilled guys coming back to help us out, too. We haven’t settled on a quarterback right now. We’ve got three guys competing for the spot and we are waiting for the best man to win it out.”

Oakville returns Connor Bartow, who will play running back, tight end and receiver.

Also returning are middle linebacker Cole Eiler and offensive and defensive lineman Maurice Jackson, as well as Demetrius Harris, who was All-Conference defensive line last season and will play defensive line again and some running back this season.

Conners told the Call his players are ready to get the new season underway.

“I think right now we are playing with high energy, high effort. Those things alone will be good for us,” he said. “I think as a team we have a lot of chemistry.

“The guys enjoy being together and playing together, and stuff like that can lead to success because they feel good about each other and go out and compete for each other.”

Last season, going only 4-6, the Tigers let some opportunities get away and the players returning are determined not to let that happen again this season.

“I think we tapered off pretty bad at the end of the season last year, and this year we are looking to pick back up, start off good and stay strong all the way through,” Conners said.

In their first contest of the season Friday night, the Tigers fell to the Lindbergh Flyers 17-14.

Oakville will face Hillsboro at 7 p.m. Friday at home.