2009 could be ‘breakout year’ for Oakville 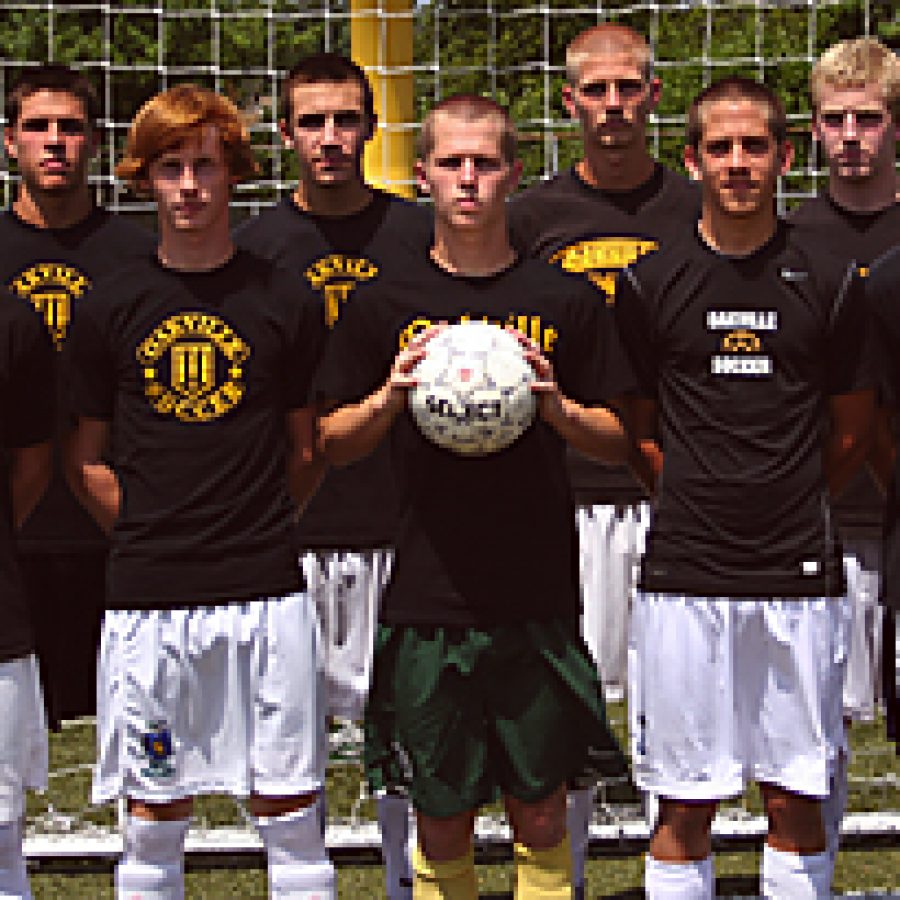 The Tigers went 11-13-2 overall with a 4-4 mark in the Suburban West Conference.

Despite last year’s setback season, head coach Dave Robben believes that the Ti-gers have the potential to creep back into the upper echelon of area soccer teams.

“I think that potentially we have the chance to get back to where we have been in terms of being a very competitive program,” Robben said. “This year could ac-tually be a breakout year for us.”

“Brett’s a solid defender that likes to attack and is very good with that ball at his feet,” Robben said. “He’s probably one of our most experienced players in terms of his club experience. He certainly has the potential to improve on his goal scoring.”

David Horton returns for his senior season on the defense and is one of several players who also excel in the classroom as he carries a 4.0 grade-point average.

“David’s the type of player that excels in the classroom, but also plays smart on the field as well,” Robben said. “He’s a very composed player who seldom gets rattled and is such a tenacious defender that most forwards don’t like to go up against him.”

Senior midfielder Greg Stevens scored three goals and three assists last year and should prove to be a solid scoring threat this season.

“He’s probably one of our better players with the ball at his feet and has a knack for scoring as well,” Robben said. “He’s the type of player that really likes to attack de-fenders and that’s dangerous in a flanker.”

“Joe is a good two-way player, which is critical on the flank,” Robben said. “He likes to hang back a little bit and then all of a sudden he’ll explode onto the attack.”

Forward Tyler Cook returns for his senior season at Oakville after scoring four goals and four assists last season for the Tigers.

“Tyler has a knack for taking defenders on,” Robben said. “So he has the potential to have a breakout season and if he does, that certainly will be to our credit.”

Senior midfielder Tim Gray is another member of the squad who excels in the classroom with a 4.0 grade-point average.

Chris Markus is another senior midfielder who can generate some offense. Markus scored one goal and two assists last season.

“Last year, Tim played in the back as a defender, played out wide as a midfielder and played up top as a forward,” Robben said. “He’s going to be competing for a playing spot in all three of those positions.”

Ryan Thoele returns to take on the goalkeeping duties, but will be challenged this season by junior Josh Richter. Thoele was 2-5-2 overall last season.