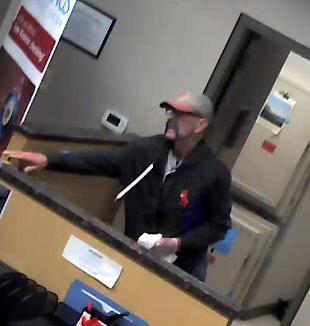 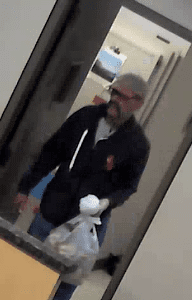 The Electro Savings Credit Union is offering a $10,000 reward for information leading to the arrest of the “armed and dangerous” person who robbed the bank last week.

Detectives from the St. Louis County Police Department are still working the case and are exploring the idea that the suspect is not from St. Louis, police said.

Police released surveillance photos of the man last week. He is described as a white man, possibly in his late 40s, armed with a handgun. He is less than 6 feet tall with a thin build and a mustache.

The man robbed the credit union in the same shopping plaza as Dierbergs, 12400 Tesson Ferry Road, May 2, brandishing a handgun at employees, taking an undisclosed amount of cash and then taking off on foot headed south.

No one was injured in the robbery, police said.